The development of quantum technologies requires the regular use of weird quantum effects such as quantum entanglement. And the regular use of entanglement requires the use of coherent spins and coherent photons. Maybe the best host of coherent spins are nitrogen vacancy (NV) centers in diamond. However, these NV centers are pretty inefficient at generating single coherent photons: only 3% of the generated emission is usable. 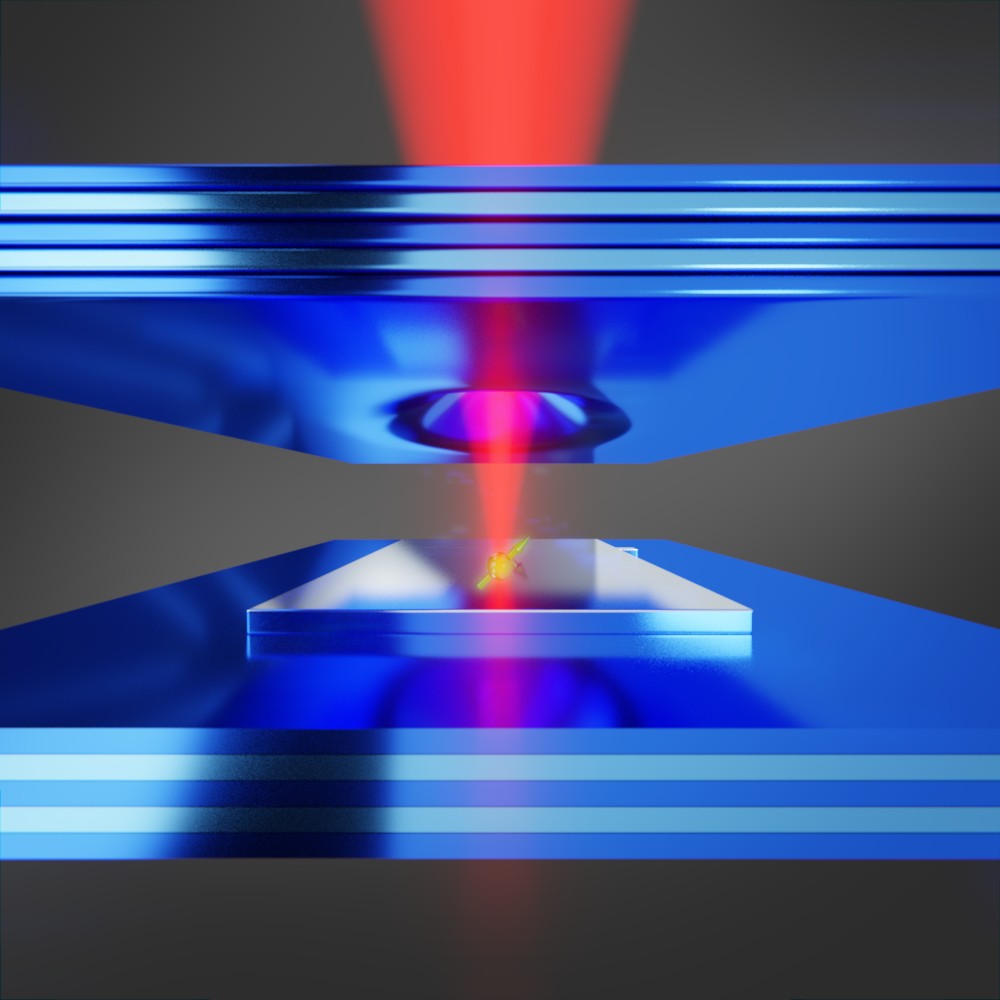 And then doctoral student Daniel Riedel appeared to break the storyline by dramatically increasing the efficiency of the NV centers in a 46%, also doubling the photons emission rate.  Riedel et al (Quantum Sensing Lab and Nanophotonics Group, University of Basel) have reached this achievement by placing a tiny high-quality diamond between two mirrors, spaced only a few micrometers. They also prove a 10 years old theoretical prediction… quite some stuff for a single paper… It’s difficult to predict how much impact this achievement will have eventually, but it has surely brought the implementation of quantum systems (as quantum internet) much closer.

Together we made this image to illustrate the device.

Posted in Picture and tagged University of Basel.