Simply put, professors Philipp Treutlein, Richard Warburton et al (University of Basel), had built a memory that stores photons. That’s it. They’ve just proved that it is possible to “write” by storing the photons in an atomic vapor and also to “read” them out, without dramatically changing their quantum state.

If you know something about quantum physics, you’ll understand how amazingly challenging this is. And if you don’t, let’s just say that the event has received some attention… 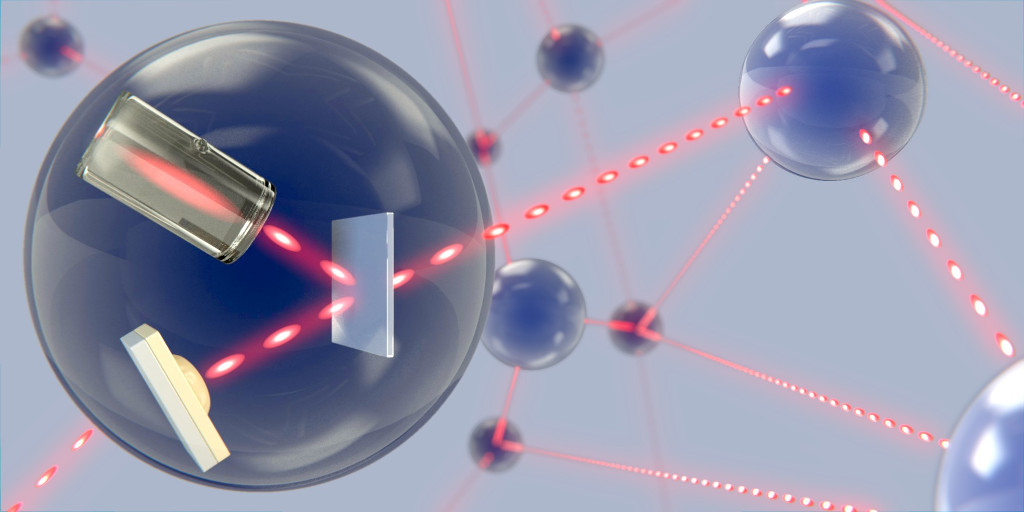 A quantum photon-based memory is one of the pillars of future quantum network technology. Such a device will bring faster and safer communications. And interestingly, the novel Basel approach is particularly simple, not requiring cooling devices or complex vacuum systems. This research has been published in Physical Review Letters.

Really honored to be contacted by them (again) we did this picture, closely advised both technically and artistically by Dr. Janik Wolters, first author of the paper.

Posted in Picture and tagged University of Basel.