We’ve already talked about the “quantum internet” in several occasions. The Netherlands is making a huge effort in this field. But this new update comes from Barcelona (Spain). Nicolas Maring etal. (ICFO) has transferred quantum information between a solid crystal and a cloud of cold atomic gas. The result was published in Nature in November 2017.
The transference of qubits between nodes is of key importance in the construction of the so called “quantum internet”. This nodes can be made out of different types of matter so they can perform different functions. While we now know how to transfer information between similar systems, it was not straightforward how to do that using radically different matter configurations. 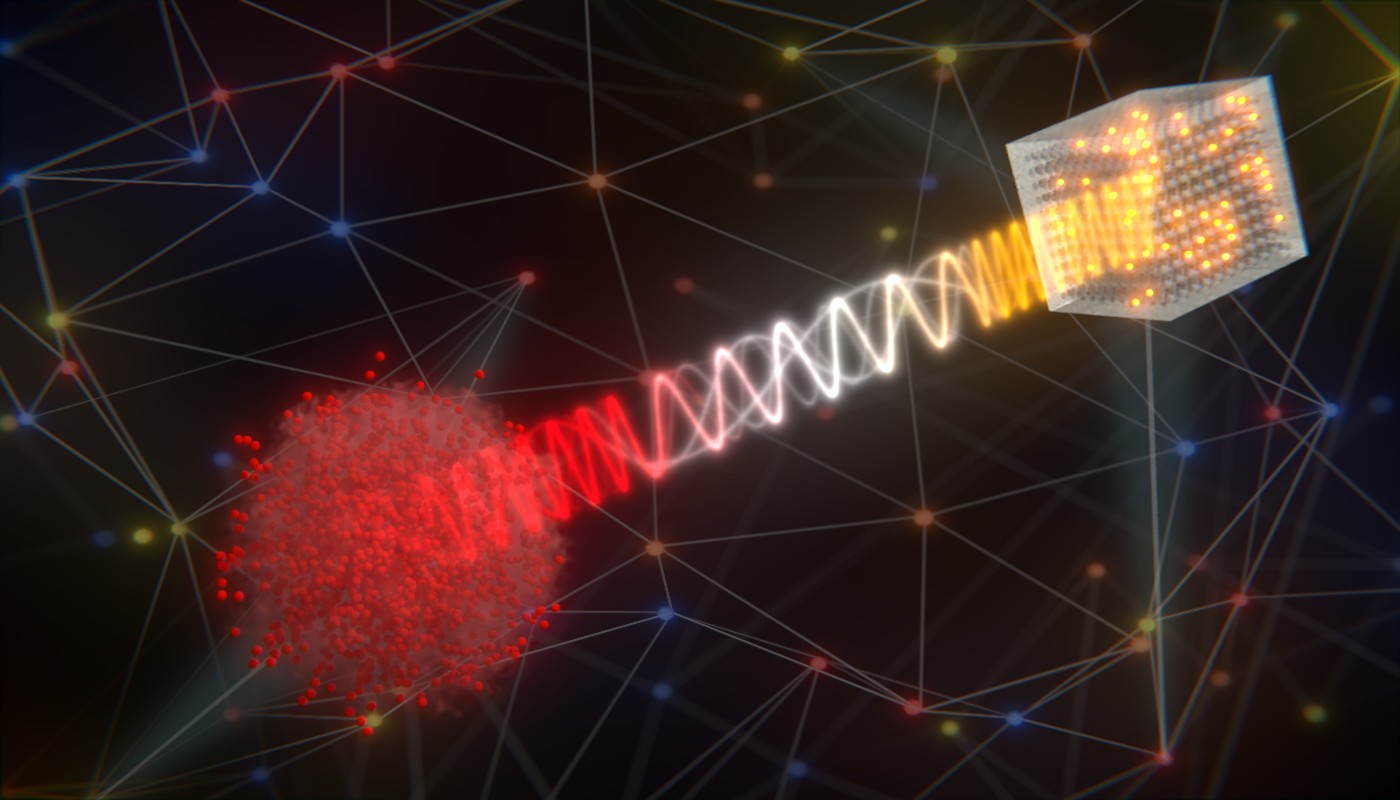 Posted in Picture and tagged ICFO.