Here I bring you another scientific milestone performed in TUDelft and published in Science. This time is about single atoms exchanging quantum information and in the way, unveiling quantum mechanics at a fundamental level. Veldman et al. have been spying single magnetic atoms and they’ve observed their reaction when one of their neighbours received an electric pulse. And this is not an easy task.

First, Sander Otte’s team has to built this “neighbourhood” of atoms by placing them close to each other at a distance at which they’re able to “feel” each other’s magnetic moments. And then the fun part starts: they send a pulse at one of the atoms and observe its neighbour’s reaction. This starts a sort of a conversation between the two atoms, an interchange of quantum information. A kind of a dance in which the two atoms swap their magnetic moment back and forth. 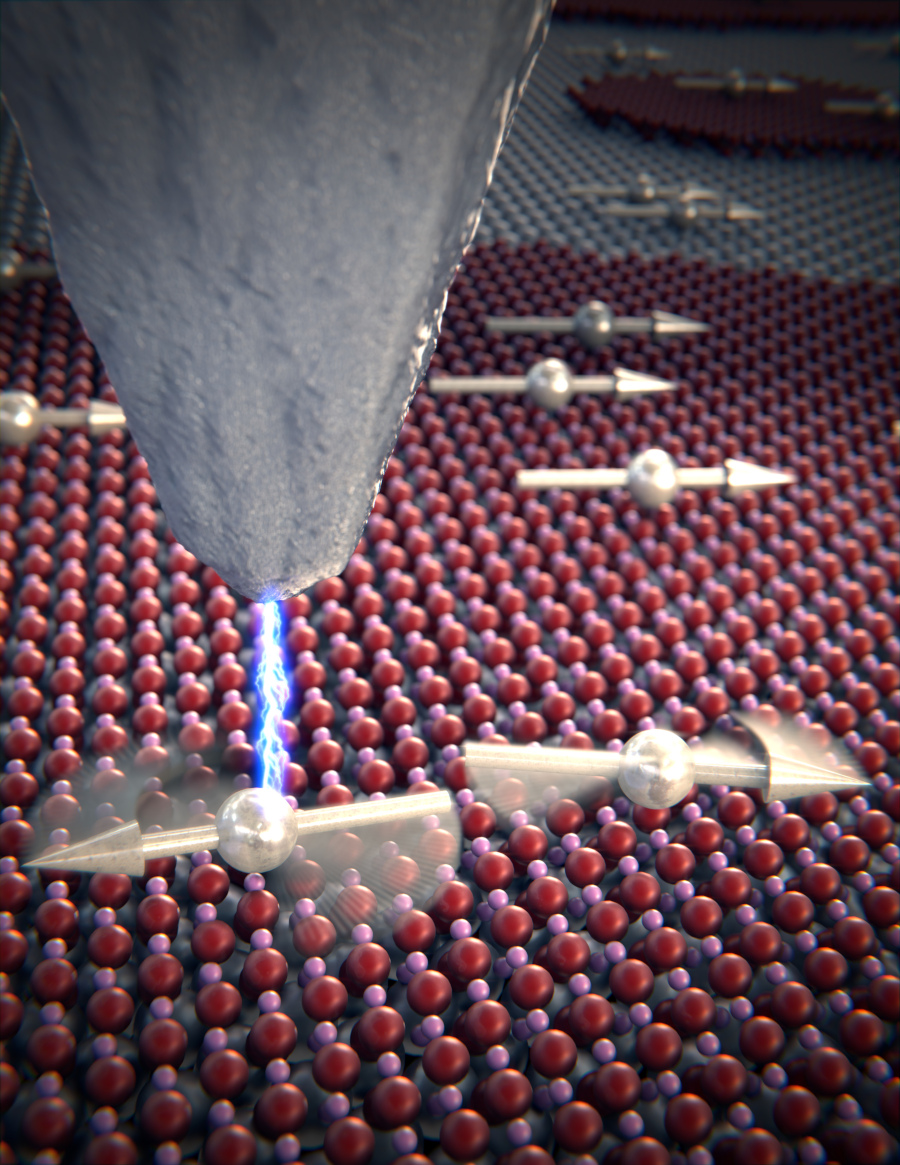 This observation has some interesting implications: first, it means another step in the understanding of qbits. But the inherent violence of the process (this aggressive non-coherent electric pulse) could mean that we might not need to be so careful at initializing quantum states.

To illustrate this conversation we made this picture under the close supervision of Prof. Sander Otte.

Posted in Picture and tagged TuDelft.